You are here: Jump to navigation

How To Redirect To Spring Security OAuth2 Behind a Gateway/Proxy – Part 1: Running Your App In Docker

Switching From Tutorial-Mode (aka POC) To Production Is Hard

Developing Your first OAuth2-App on localhost with OAuth2 Boot may be easy, …

…but what about running it in real life? 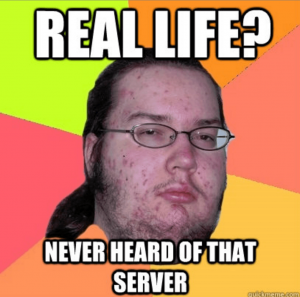 This is the first post of a series of Mini-Howtos, that gather some help, to get you started, when switching from localhost to production with SSL and a reverse-proxy (aka gateway) in front of your app, that forwards the requests to your app that listens on a different name/IP, port and protocol.

In This Series We Will…

I will also give some advice for those of you, who are new to Docker – but just enough to enable you to follow.

This is Part 1 of this series, that shows how to package a Spring-Boot-App as Docker-Image and run it as a container

As an example for a simple app, that uses OAuth2 for authentication, we will use the third step of the Spring-Boot OAuth2-Tutorial.

You should work through that tutorial up until that step – called logout -, if you have not done yet. This will guide you through programming and setting up a simple app, that uses the GitHub-API to authenticate its users.

Especially, it explains, how to create and set up a OAuth2-App on GitHub – Do not miss out on that part: You need your own app-ID and -secret and a correctly configured redirect URI.

You should be able to build the app as JAR and start that with the ID/secret of your GitHub-App without changing code or configuration-files as follows:

If the app is running corectly, you should be able to Login/Logout via http://localhost:8080/

The folks at Spring-Boot are keeping the guide and this repository up-to-date pretty well. At the date of the writing of this article it is up to date with version 2.2.2.RELEASE of Spring-Boot.

You may as well use any other OAuth2-application here. For example your own POC, if you already have build one that works while running on localhost

Some Short Notes On OAuth2

I will only explain the protocol in very short words here, so that you can understand what goes wrong in case you stumble across one of the many pitfalls, when setting up oauth2. You can read more about oauth2 elswhere

Hence, when configuring oath2 one have to:

There are a lot more things, which can be configured in oauth2, because the protocol is designed to fit a wide range of use-cases. But in our case, it usually boils down to the parameters mentioned above.

Considering our combination of spring-security-oauth2 with GitHub this means:

Again, everything can be manually overriden, if needed. Configuration-keys starting with spring.security.oauth2.client.registration.github are choosing GitHub as the oauth2-provider and trigger a bunch of predifined default-configuration. If you have set up your own oauth2-provider, you have to configure everything manually.

Running The App Inside Docker

For this, you do not have to change a single character in the example project – all adjustments to the configuration will be done, when the image is started as a container. Just change to the subdirectory logout of the checked out project and create the following Dockerfile there:

This defines a docker-image, that will run the app.

You can build and tag this image with the following commands:

This will tag your image as juplo/social-logout:0.0.1 – you obviously will/should use your own tag here, for example: myfancytag

Do not miss out on the flyspeck (.) at the end of the last line!

You can run this new image with the follwing command – and you should do that, to test that everything works as expected:

Everything after the specification of the image (here: juplo/social-logout:0.0.1) is handed as a command-line parameter to the started Spring-Boot app – That is, why we needed to declare CMD [] in our Dockerfile

The app should behave exactly the same now lik in the test above, where we started it directly by calling the JAR.

That means, that you should still be able to login into and logout of your app, if you browse to http://localhost:8080 — At least, if you correctly configured http://localhost:8080/login/oauth2/code/github as authorization callback URL in the settings of your OAuth App on GitHub.

In the next part of this series, we will hide the app behind a proxy and simulate that the setup is running on our real server example.com.